The lockr.aero system allows users to lodge a SARTIME and be reminded when this time is approaching. In the event that the SARTIME is not cancelled another user will be notified and will be able to follow up to ensure the operation is continuing in a safe manner.

The first step in enabling this feature is to turn it on in the aircraft configuration. In the “Edit Aircraft” screen select the “Fields” tab and scroll down to the SARTIME option at the bottom right of the tab. 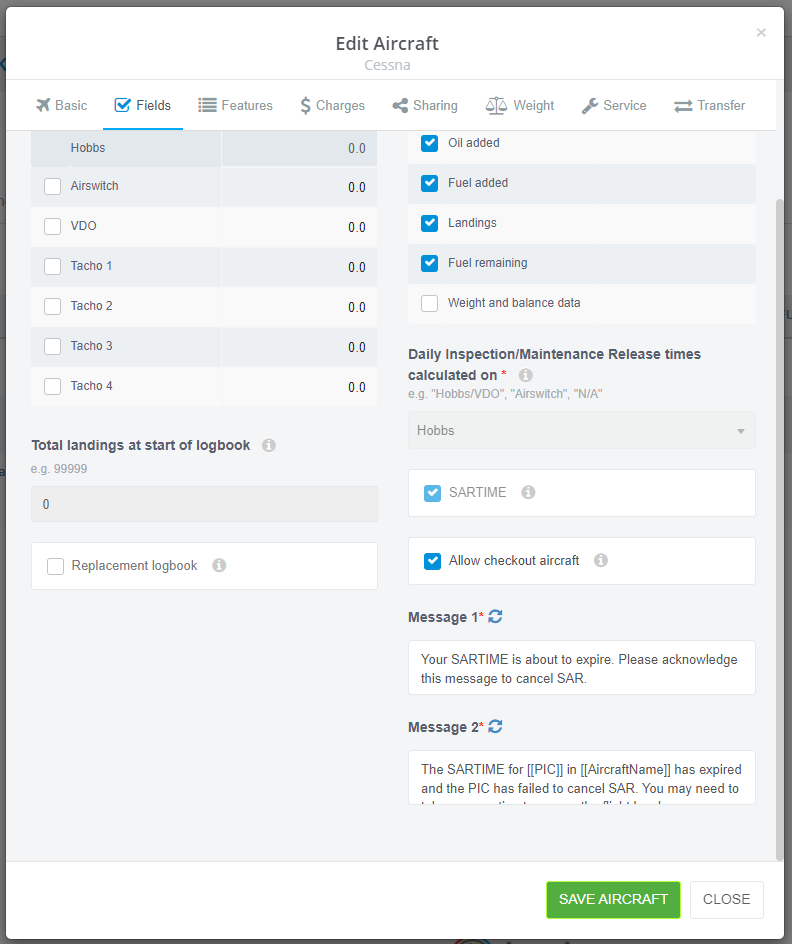 To lodge a SARTIME use either the web or app interface to make a draft entry in the aircraft logbook and enter a time in the SARTIME field. This time must be at least 10 minutes after the present time and is entered using local time. 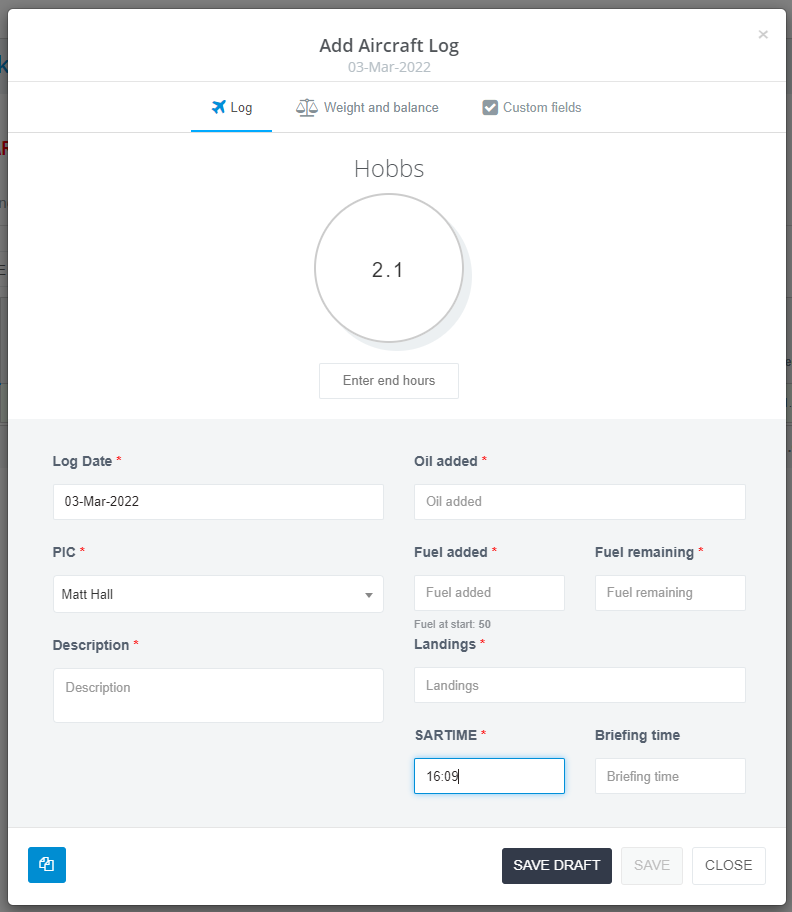 Regardless of whether the entry was made using the web interface or the app, a message will be sent to the app of the user making the entry.

Once this message is acknowledged, the system will monitor the SARTIME.

While running, the system will display the time (in minutes remaining) when the aircraft is due to land. 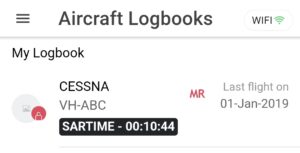 10 minutes prior to the SARTIME expiring, the user will be sent a message warning them that it is about to expire and asking them to either cancel or extend the time.

In the event that no response to the reminder is received by the system, lockr.aero will automatically send a second message to the account holder where the aircraft logbook resides when the SARTIME expires. 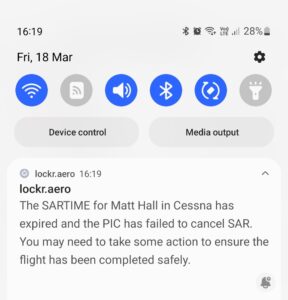 NOTE: This system is provided as an aid to managing aircraft and monitoring SARTIMEs. It is not to be relied upon in the event of an emergency and does not absolve any person of their obligation to conduct flying activities in a safe manner. At no point will lockr.aero notify authorities that an aircraft is overdue. It is the responsibility of the aircraft owner, pilot or other accountable person to notify authorities. This system is intended only to remind those people that an aircraft is due.

Was this article helpful to you? Yes No